Are We Afraid of Communities? Delivering Real Social Value

One of the key social value aims of residential construction projects is to leave the community in which the work takes place in a better state than we found it.

That could be through employment opportunities for local residents, it might be evidenced in improved services in the area and it can also be to do with those who live in the area feeling that they ‘own’ the changes that have been made to their environment.

When we disrupt people’s lives and reconfigure the areas in which they live, we have to consider their wishes and fears if we truly want to deliver social value. But, as an industry, I would argue we are afraid of communities. Quite often the ‘consultation’ that takes place is box ticking, it’s paying lip service, it doesn’t dig deeply enough because, quite frankly, many developers, local authorities and contractors don’t want to listen to what communities have to say in case they don’t like what they hear.

So what is it that has led me to believe we are running scared of communities? Well, there are some very obvious examples. For instance, you are obliged to put on a consultation event for many projects to gauge public opinion, and to answer questions and concerns. If we are not afraid of communities, why do so many of these take place at inconvenient times for most people?

I have even witnessed a business congratulate themselves when no one turned up for one such event. They had ticked the box of putting on the event, and now they could do what they like, safe in the knowledge they could use that as evidence they had ‘tried’.

How are we ever going to deliver projects that make a real, positive difference if we just press on and do what we’ve always done, regardless of its effect? How can we make life better for people if we don’t give them a chance to tell us what they want or need?

The problem is that there is a resistance to change. We still build for a nation that we assume wants mock-Georgian, mock-Edwardian and mock-Tudor properties even though we’ve not actually asked people whether they would like anything different instead. Construction firms, housing developers and local authorities seem stuck in a cycle, assuming that the public want what they think they want because they’ve not had a chance to tell them otherwise.

I heard one story about a city council planner that queried an application for a new housing estate because none of the properties had chimneys. Of course, they didn’t need chimneys, but the planner’s argument was along the lines of “they look weird without them”.

Now, if we’re failing to ask the right questions about the aesthetics of new homes, what else might we be missing? Can we be sure that we are making the best social impact in the communities in which we work? Are our social value measures fit for purpose in 2019, 2020, 2021 and beyond?

This is the issue. Without proper consultation we will never advance, and in even the best-case scenario, we won’t meet people’s future needs.

The worst-case scenario is that we make their lives worse, and that doesn’t bear thinking about.

Consultation the Wrong Way Round

I’ve recently had first-hand experience of another type of non-consultancy consultancy. Across the road from my house is an old mill that is being converted into flats. I want the mill to be redeveloped and more affordable housing is greatly needed in the area but I do have concerns that it will have a detrimental effect on our day to day life.

There will be 24 flats but room for only seven cars, which is already a concern. In addition, those seven spaces have been designated on the side of the road that is already pretty much full every day. The building of the flats will take away any parking spaces on the mill side of the road, which currently takes up the slack, as it would impede access to the properties.

This is not an argument about parking, it is a discussion and probable compromise about access and community. My neighbours will not buy into the redevelopment and I foresee many doorstep “discussions” about parking.  Once labelled the friendliest street, I may now live on a white picket fence-building NIMBY street.

Of course, these are issues that I would bring up at a consultation event, but the builders have already okayed them with the highways department of the council and so won’t be holding one. It renders all complaints and discussions useless because they have already made up their minds and sealed the deal. This is consultation the wrong way round.

Their argument, in line with the local policy, is that our relatively decent public transport links mean that not every household will have a car, but I guess we’ll have to wait and see whether that is the case or whether it is monitored. I have my suspicions.

Why We’re Afraid of Communities

I do understand how public consultations can prove to be a hassle. There are NIMBYs aplenty and often a few BANANAs (Build Absolutely Nothing Anywhere Near Anything – brilliant, right?).

In addition, delivering the necessary measures to provide real, objective social value to a community takes a lot more work than just assuming what we have always done on similar projects will be enough. Each situation is different and that requires a bespoke approach each time.

But we can’t bury our heads in the sand. We need to consult in the correct way, to listen to concerns, to fight our corner when we need to, but also to be willing to adapt and change when there is something we can do that will truly provide social value to a project.

Can we learn from tech businesses, marketing agencies and social entrepreneurs who consult with a wider audience, engage and enthuse them in a positive discussion? This enables them to own and take pride in redevelopment, regeneration and renewal.

The Tanker is turning: Progress for Social Value
2020

Do We Need a Pan-London Approach to Social Value?
2019 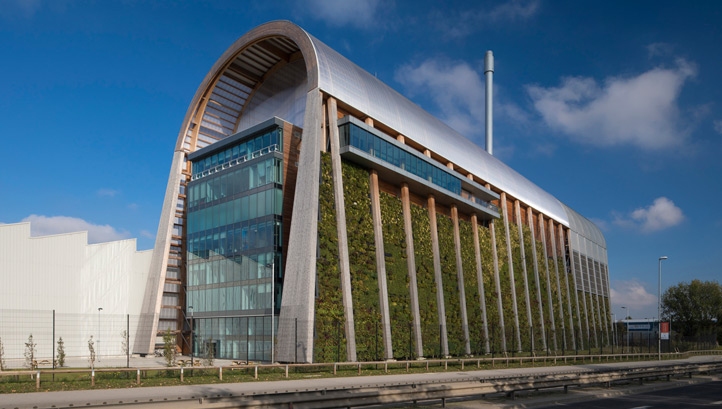 Are the 5 Sustainability Capitals the Consistency We’ve Been Looking For?
2020

Are We Afraid of Communities? Delivering Real Social Value
2019

Send us a message

We’ve been at the forefront of Social Value for over 15 years
Find out how much we can help by getting in touch today.
Thank you! Your submission has been received!
Oops! Something went wrong while submitting the form.
CSR is dead and CHY killed it
© CHY Consultancy